An Academic Approach To Investing

We’re often asked if there is a scientific / academic approach to investing that should be taken. The word “science” is not used lightly for the scientific method requires rigorous, independent testing by peers and independent academics to effectively certify its demonstrable “truth.” In the field of investments, there is a science to the investment process that has been independently and academically verified over the decades. It relies upon Nobel Prize recipients’ theories which are more than theories but proven methodologies.

Our portfolios are solidly built upon the foundation of these theories:

Efficient Market Hypothesis (EMH). Eugene Fama received a Nobel Prize in Economics for his hypothesis stating that overall markets were efficient in pricing stocks. Basically this means that everything that was known about a company and its stock, at a current moment in time, was already priced into the stock and all that could change that price was the unknown – effectively, tomorrow’s news. This further demonstrated that attempts to profit by any minor pricing inefficiencies was pointless and hardly worth the effort given how effective today’s markets are in incorporating news into pricing virtually the minute it occurs. The chances of any single investor being able to exploit these occasional mispricings on a consistent enough basis to make a meaningful difference in total return are exceptionally slim. Basically, the capital markets work!

Modern Portfolio Theory (MPT). Harry Markowitz received the Nobel Prize in Economics for this seminal work related to diversification of portfolios. The theory, in its simplicity (without getting into the complex mathematics) demonstrated how a portfolio constructed of non-correlated asset classes (meaning they didn’t all move the same way at the same time) could increase the long-term expected returns of a portfolio while concurrently lowering the overall risk.

The Four Factor Model. This study by the aforementioned Eugene Fama and Professor Kenneth French has shown that there are premium returns that can be obtained by focusing on specific market factors (related to risk) that deliver higher expected rates of return over time. Certainly not every year – but over time. The factors are:

A. The Market Factor. Stocks have a higher expected long-term rate of return, over time, than do bonds (or fixed income).
B. The Size Factor. Small companies, over time, deliver higher expected long-term rates of return than do large companies.
C. The Value Factor. This relates to “value” or distressed stocks, as Prof French prefers to call them – stocks that have a low market price relative to their company’s book value. This pricing is generally due to actual or perceived problems with the company itself. As such, value stocks have a higher long-term expected rate of return, over time, than do growth stocks.
D. The Momentum Factor. This last factor was later added by Mark Carhart PhD. Momentum relates to investing in companies that have increased in price while selling those that have decreased in price.

All of the foregoing relate to risk: stocks are riskier than bonds, small companies are riskier than large, distressed companies are riskier than growth companies, stock price movements in and of themselves are risky as well. As Nobel Laureate, the late Merton Miller determined, for corporations, it is all a cost of capital equation related to risk. Because stocks are riskier than bonds and the other factors described, companies with higher risk incur a higher cost of capital – the market demands a higher rate of return for these than it does for less risky companies. If there was not this premium expected rate of return than why would anyone take on the added risk and invest in them for no additional return? There has to be the added incentive of additional return in order to attract capital.

If you believe that the foregoing “science” of investing isn’t particularly sexy you’re right. As noted investor advisor coach Dan Wheeler has cogently observed: “the sizzle of smart investing is there is no sizzle… Investing doesn’t have to be sexy, it just has to work!” 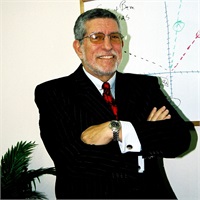 Dan Cuprill is a Certified Financial Planner™ and president of Matson & Cuprill, a wealth coaching firm located in Cincinnati, Ohio.  A graduate of the University of Iowa, he earned an MBA from Northwestern University.  His firm specializes in helping people prepare for financial independence by employing a holistic planning system called Retirement Rescue.  He is the author of several books including Retirement Rescue and Defuse: 7 Steps to Saving Your 401k from the Ticking Tax Time Bomb.  He is also the host of the podcast Solving the Financial Puzzle.

Dan & his wife Beth split their time between Cincinnati, OH and Franklin (Nashville), TN and maintain offices in both cities.

Important Note: Dan Cuprill is not a registered representative of Triad Advisors, LLC

After four decades in the financial industry I have a unique expertise in helping clients grow and protect their money.  I have had a securities license and insurance license.  I have helped plan and settled an estate. As an entrepreneur and business owner, I have found unique opportunities for building and keeping wealth that many advisers overlook. I have been in the trenches with attorneys, accountants, insurance agents, stock brokers and financial planners.  My clients will say that my view of financial planning is radically different for helping individuals and working with advisers.  Unlike sales people pushing products designed as “financial planning”, I have maintained my independence to best help clients with solutions, while sharing options that work best.

Financial planning is not about buying products.  It's an ongoing process to make wise choices about your money that help you achieve your goals in life.

Important Note: Woodie Montgomery is not a registered representative of Triad Advisors, LLC